There is no freakin' way this site is going to be usable anytime soon. I'm just going to be using as a wiki for things I want to share with others that aren't relevant to my other sites. Most of this site's content is currently locked from public access. » Guild Wars
gw:start

I still play Guild Wars with my husband! It's a great game with really interesting combat mechanics, combined with a world that is largely only playable with max level characters that are very well-equipped. Our guild is MOOP. We don't play often enough for anyone else to be in our guild, however. 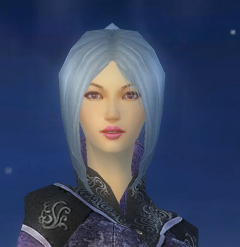 Created on Shing Jea Island in April 2009, Alexania Charn is a skilled Elementalist-Ranger. 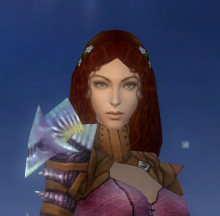 Created in Pre-Searing Ascalon in June 2012, Sharlin Maddox is a skilled Ranger-Mesmer. She is the older sister of Rownya Maddox, and the cousin of Bronwyn Maddox. 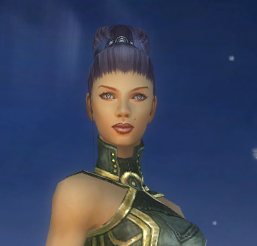 Created in Kamadan in June 2012, Bronwyn Maddox is a skilled Mesmer-Necromancer. She is the cousin of Sharlin and Rowyna Maddox. 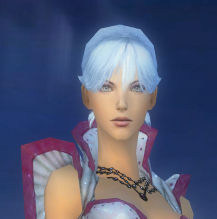 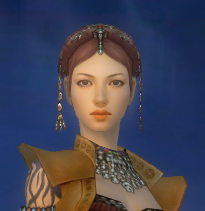 Created on Shing Jea Island in November 2012, Shen Kuan Li is a skilled Ritualist-Necromancer. She is the older sister of Shen Jiong Xu. Li and her sister were born in a cramped, poverty-stricken quarter of Kaineng, in Cantha. From a young age, Li displayed a prodigious psychic sense. Her family observed her communicating verbally with long-deceased relatives when she was still a toddler, and recognized that she possessed a spiritual gift from the gods. When she came of age, Li was sent by her parents to Shing Jea Island, to study Ritualism at the monastery there.

As a warrior who has explored much of Tyria's diverse lands, Li is very adept at her spiritual practice, and is able to commune with her family's ancestors as a means of protection, defense, and even offensive attack when it's necessary. Li's family has remained committed to supporting her, as they have enjoyed blessings through her communion with their collective ancestors.

After Li's sister, Xu, joined her at Shing Jea Monastery, Li began intently studying Necromancy. Her discovery of magic rituals and curses which allowed her to manipulate her own life force, rather than relying on minions resurrected from the dead, provided her with an entirely different school of study, and allowed her to better understand the unseen, spiritual forces in her own practice of Ritualism. 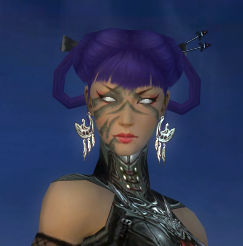 Created on Shing Jea Island in December 2012, Shen Jiong Xu is a skilled Necromancer-Mesmer. She is the younger sister of Shen Kuan Li. Xu, like her sister, grew up in poverty in the depths of Kaineng. As Xu grew up, it became apparent that, while she didn't possess the same psychic prescience as her sister, she was blessed by the gods with a different sort of gift - necromancy, or the ability to work with both deceased beings, and employ magic relying on blood and life force. Xu's family reacted very differently to the revelation of her blessing: necromancy had long ago been relegated to an isolated, underground scene, where most individuals immersed themselves in experimentation involving the murder, and subsequent resurrection, of unwilling victims.

Because of this stigma, Xu was sent to Shing Jea island to live in hiding within Minister Cho's estate, when she was still a child. There, she was privately instructed in the magical art of Necromancy. Xu discovered through her own private education that the effects of Death Magic on the Necromancer were unusually euphoric and addicting, and she early on decided to focus her study on the use of Blood Magic and Curses, using her own blood and life force in her practice.

Minister Cho, impressed with Xu's self-discipline and restraint in honing her innate predisposition toward Necromancy, personally ensured she could continue her studies among her peers, rather than in private, and she joined her sister, Li, at Shing Jea Monastery. Xu inspired her sister to begin studying Necromancy, and Xu found great enjoyment learning the practice of Mesmer magic as a complement to her Necromancy skills.

These are the characters we maintain on a secondary account used for storage of all our sick loot. 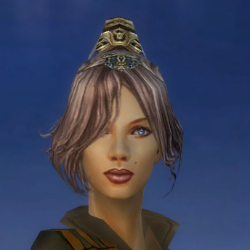 Created in Kamadan on April 27, 2022, Holle Maddox is the younger sister of Bronwyn Maddox, and the cousin of sisters Sharlin and Rowyna Maddox. She's named after a Teutonic Germanic goddess named Holle.

Holle is a Mesmer who carries Mesmer-specific weapons and focus items. She also carries runes and insignias for magic classes: 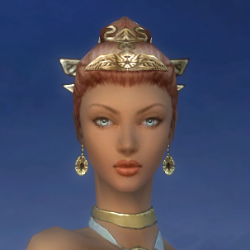 Created in Kamadan on April 29, 2022, Aurora Shams Nuha is named after three ancient sun goddesses from Greece, Persia, and Canaan.

Aurora is a Paragon who carries Paragon runes and insignias, as well as ranged weapons and shields, along with upgrades: 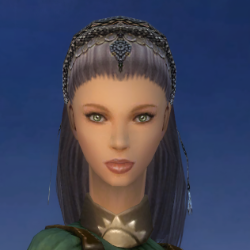 Created in Kamadan on April 29, 2022, Cerynna Herne is named after the Celtic horned god, Cernunnos, and an Anglo-Saxon god of the hunt, Herne.

Cerynna is a Ranger who carries bows and upgrades, and ranger runes and insignias. 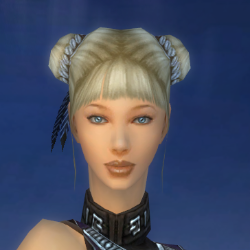 Created in Kamadan on April 29, 2022, Sigrid Gunnar a Norn whose first name means “victory” and “fair-skinned,” and her surname references a legendary Norse warrior, Gunnarr.

Sigrid is a Warrior who carries Warrior runes and insignias, as well as equipment and associated upgrades for melee weapons: 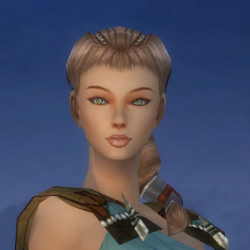 Created in Kamadan on April 29, 2022, Heidrun Berglund is a Norn whose first name means “bright secret” and whose surname means “mountain grove.”

Heidrun is a Monk who carries equipment and associated upgrades for spellcasting weapons:

Created in Kamadan on April 29, 2022, Olivia Pokitsful is a Ranger who lives forever in pre-Searing Ascalon.