There is no freakin' way this site is going to be usable anytime soon. I'm just going to be using as a wiki for things I want to share with others that aren't relevant to my other sites. Most of this site's content is currently locked from public access. » Personal Musings » Tech Commentary » Miscellany » In defense of the independent option: shattering the bipartisan myth
musings:tech:misc:smartphones

In defense of the independent option: shattering the bipartisan myth

This article was originally published on June 1, 2017.

Unfortunately, Microsoft axed Windows 10 Mobile pretty quickly after I originally wrote this piece. I still use a Lumia 950 XL as my daily driver, but the utility of Windows 10 Mobile has only declined with time. The build of Edge it runs is now ancient, and many modern websites don't even render anymore.

My current second handset is a Pine64 Pine Phone running Arch Linux and phosh. It's a pretty interesting device, and the keyboard cover helps a lot with usability, but it's more a toy than a replacement for a regular smartphone.

We ordered two Librem 5 handsets in November 2019 and are still waiting for them to ship. With any luck we'll get them before the end of the decade.

I probably got you going there for a minute, didn’t I? Don’t worry, this isn’t a political dissertation or anything. I’m talking about mobile operating systems. I mean, face it – we’re down to only two options for smartphones, and it’s really becoming a problem. 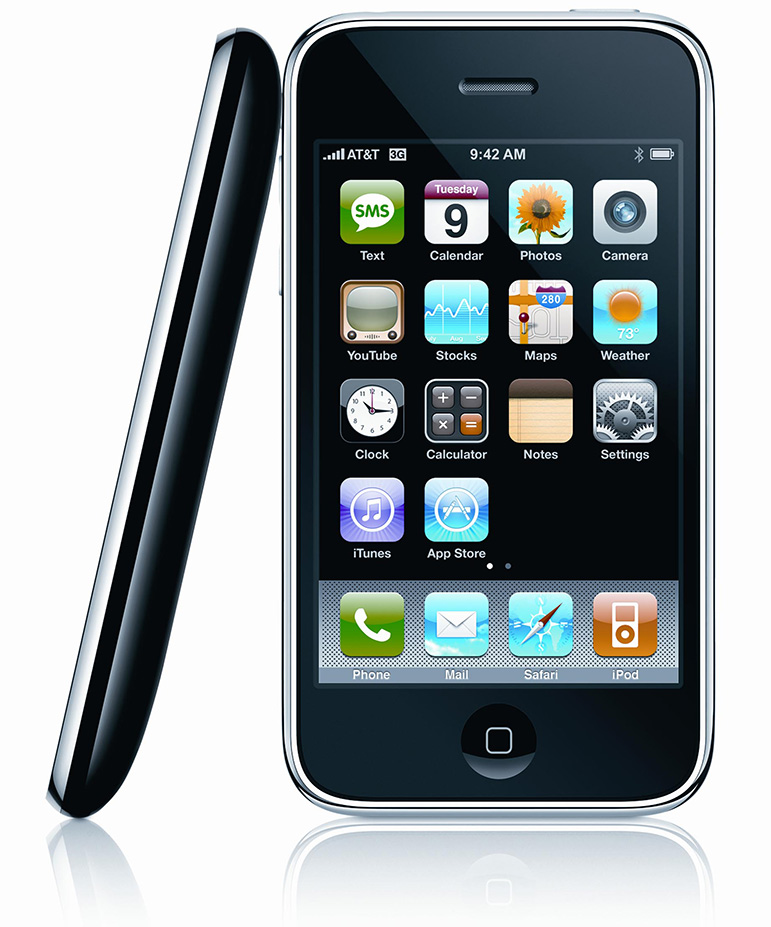 I’m an equal opportunity smartphone user – my first smartphone was an iPhone 3G 8GB. I still have it, and it’s running something like iOS 3.2. There’s not much I can do with it these days because no modern iOS apps will run it, but it’s still fun to play around with.

My first Android phone was an HTC EVO 4G. It was a pretty slick device, but its 4G capabilities were limited to WIMAX, which was quickly becoming the Betamax of the high-speed cellular data wars.

Maybe any new technology that ends in the word “max” should just be preemptively avoided.

I switched from Android to Windows Mobile 8 when I was working in Microsoft Retail. I got a Samsung ATIV S Neo and used it with Windows Phone 8.0 and 8.1. I later bricked it in an ill-advised and entirely unsupported attempt to install Windows Mobile 10 on it and switched to T-Mobile, who at the time was still selling the Lumia 640.

As an aside, if you are interested in checking out Windows 10 Mobile and don’t want to spend a lot of money, I highly recommend the 640, It has a beautiful display and is adequately equipped to do pretty much anything. You can get unlocked ones for a couple hundred dollars on eBay. I love my 640 and only switched to a 950XL when a really good deal came up long before Microsoft permanently discounted them.

Windows 10 Mobile, as pretty much everyone knows, has been a slowly sinking ship for several years now. Microsoft has been noncommittal in its approach regarding its mobile offerings. They slashed the MSRP on the 950 and 950 XL product family and took phones off the sales floor at their retail locations. There aren’t any US carriers left who advertise what Windows Mobile handsets they do offer, if any, and consumers are actively discouraged from choosing Windows Mobile.

The one glimmer of hope left is that HP is still actively manufacturing and marketing its premium Elite x3 handset, and Microsoft appears to be actively working on Windows 10 Mobile – for now.

It’s time to shatter the bipartisan myth of the smartphone industry.

I’m going to try and keep this short, but that’s difficult, given the length of the timeline. Fortunately, that’s what graphics are for!

There were nine mobile operating systems in the consumer handset market until late 2012, when Symbian OS finally kicked the bucket. WebOS followed suit in early 2013, and between 2014 and the first half of 2017, another four were abandoned in quick succession.

Windows 10 Mobile is the lone survivor in the great smartphone massacre of the 21st century.

Now, it would be very short-sighted of me to claim that all these operating systems should have continued existing for the sake of existing, in spite of the dreaded app gap. It wasn’t until late 20131) and early 20142) that Google’s Android OS finally surpassed iOS in market share, and they’ve been absolutely clobbering Apple ever since. iOS still has its die-hard fanatics, and I believe that it will be long time before Apple loses its customer base entirely, but Apple has definitely lost its iron grip on the consumer phone industry.

It wasn’t always like this. For years after its launch, Android regularly was pushed to the bottom of the priority list by app developers who targeted iOS first and foremost. It was a struggle for Google to get its app store to any level of parity with Apple’s.

This means that overtaking what seems to be an industry standard isn’t actually impossible. We see it all the time in technology. Java and C++ used to be the gold standard of programming languages. Oracle and Microsoft SQL Server were the database behemoths. These days, fewer and fewer people are even bothering with SQL for their data management, and managed code is the new wave of the future. Some of Microsoft’s own products – including components of Exchange Server – are written in C# now! We all remember the days when Sony bragged about its Trinitron CRTs…until LCD technology advanced to the point that CRTs were almost entirely obsolete. Sony couldn’t keep up with changing market demands and eventually had to shed its consumer computing division3).

The clearest example of this is in the smartphone industry itself. Many people – including myself – thought RIM was invincible in the early 2000s. BlackBerrys were the handset to have, and celebrities were frequently photographed with the Pearl clutched next to a $30,000 Hermès handbag. When Apple came onto the scene, they were roundly criticized for daring to edge into the BlackBerry-controlled monopoly on smartphones.

Now, RIM is barely keeping itself relevant and has had to entirely abandon its own OS in favor of rolling a custom version of Android.

This is a problem. It’s a problem because it concedes defeat to an OS that, to put it bluntly, shouldn’t be trusted on any level with the amount of personal information one’s phone stores. Even if you personally think that Google is super awesome and everyone should just use Android and be happy with it, we’re reaching a point where Android is quickly becoming a monopoly. In the best case, if Microsoft abandons Windows 10 Mobile (and rumors to that effect are plentiful), consumers are faced with duopoly, forced to choose between the walled-garden Apple ecosystem or the unethical and untrustworthy Google ecosystem.

On its own, Android is not intrinsically problematic. RIM latched on to Android’s existing success and reworked the OS with their Priv handset, advertising a mobile operating system with the apps consumers expected but none of the privacy concerns presented by embedding oneself firmly in Google’s not-so-benevolent control.

The app gap is real. It’s the number one reason why people reject Windows 10 Mobile and choose Android or iOS instead. The answer isn’t to abandon all hope and resign ourselves to the control of our new technological overlords. Instead, we need more options that build on existing technology.

I picked up a BlackBerry Q10 at a garage sale a few weeks ago, and was pleased to discover it actually ran Android apps. Some things didn’t work, since the underlying OS was still BlackBerry 10, but it gave me access to services that saw few options in the official BlackBerry app store – like Reddit and Telegram. I was all excited to see what kind of new BB10 phones BlackBerry was making…so much for that idea.

Amazon had a good idea with the Fire phone, since your device was managed through your Amazon account rather than your Google account. It’s not the best solution in the world (most consumers don’t use Amazon for anything other than shopping), but it gave us options. We need more of that.

Microsoft has already started marketing Android in its retail stores. You can walk in and buy an unlocked Samsung Galaxy S8, and a Microsoft store employee will help you install all of Microsoft’s Android apps. My challenge to Microsoft is to take this a step further. We need Android options that support all the apps without any of the Google. That means device backup (including the all-important SMS database). It means tight account integration for files, photos, email, chat, contacts, calendars, and everything in between. It means offering an app store completely independent of Google Play, with the framework in place to replicate what Google Play offers to app developers.

Mono was created as an open-source community project that put the .NET framework in OS X and Linux. We need that same concept for Android.

Don’t get me wrong; I absolutely love Windows 10 Mobile, and I want to see more app developers focus on creating quality UWP apps (that doesn’t mean website wrappers, by the way). I’m also realistic about the future of the platform, and I don’t see it picking up the pace any time soon.

The world is primed for a third, independent party in the politics of smartphones. In the United States, we’ve only scratched the surface of how deep the “deep state” really goes, and many users are disenchanted with both Google and Apple. Projects like Ubuntu Touch and BlackBerry 10 picked the worst possible time to be put out to pasture – those are exactly what we need on the smartphone marketplace. We need the competition and the innovation, and we need the alternatives to the great Apple-Google duopoly.

Maybe Microsoft isn’t the best target for this. Instead, perhaps what users need is an alternative that gives them control over how their phone talks to third-party services – including Google. Android users will quickly find themselves facing brick walls if they try to eschew Google entirely, particularly as more and more apps rely on Google’s Play API. What we need now is a legitimate, substantial alternative.

The world’s ready. Who’s going to take the first step to give consumers what they want?

Articles in this section